A planning appeal decision a few years ago in Cornwall resulted in refusal of permission for 46 houses south-east of Pensilva. The pedestrian access proposed for the site would have been a footway 1.2m wide alongside the road, which would be narrowed to 5.3m to accommodate it. Inspector J.P. Roberts considered that the footway would be “significantly below the minimum width of 2m recommended for lightly-used residential streets” on what is actually a well-used road that provides the most direct connection from the village into Plymouth.

Durham County Council recently consulted on a revision of its Highways Design Guide. The Trust’s response included a suggestion that the council increase its recommended pavement width from 1.8m to 2m to match what has been Department for Transport guidance since 2005. Once pavements are built it is very expensive to make changes. Sadly, at present, the major planning applications for Sniperley Park and Bent House Lane adhere to the council’s substandard standards. Why is the local authority short-changing its residents?

When we look around Durham we see many pavements which are much narrower than 2m wide. By Durham School, the pavements of Margery Lane and Quarryheads Lane are as narrow as 80cm in places, only run along one side of the road, and see considerable foot traffic in the university term. When determining planning applications, councils can obtain contributions from developers towards improving infrastructure where this is considered necessary and proportionate. The Trust has objected to a number of planning applications on the grounds of the inadequacy of the pavements (for example, the Teaching and Learning Centre on South Road), but despite considerable expansion in student numbers, there have been very few enhancements to pavements and footpaths funded through the planning system. Two that come to mind are the surfacing of Clay Lane and the footpath to Westhouse Avenue, funded by the private developers of what is now the new home of Ustinov College at Sheraton Park, and the more contentious installation of lighting on the footpath from Green Lane to the Maiden Castle sports centre disturbing a dark corridor by the river. 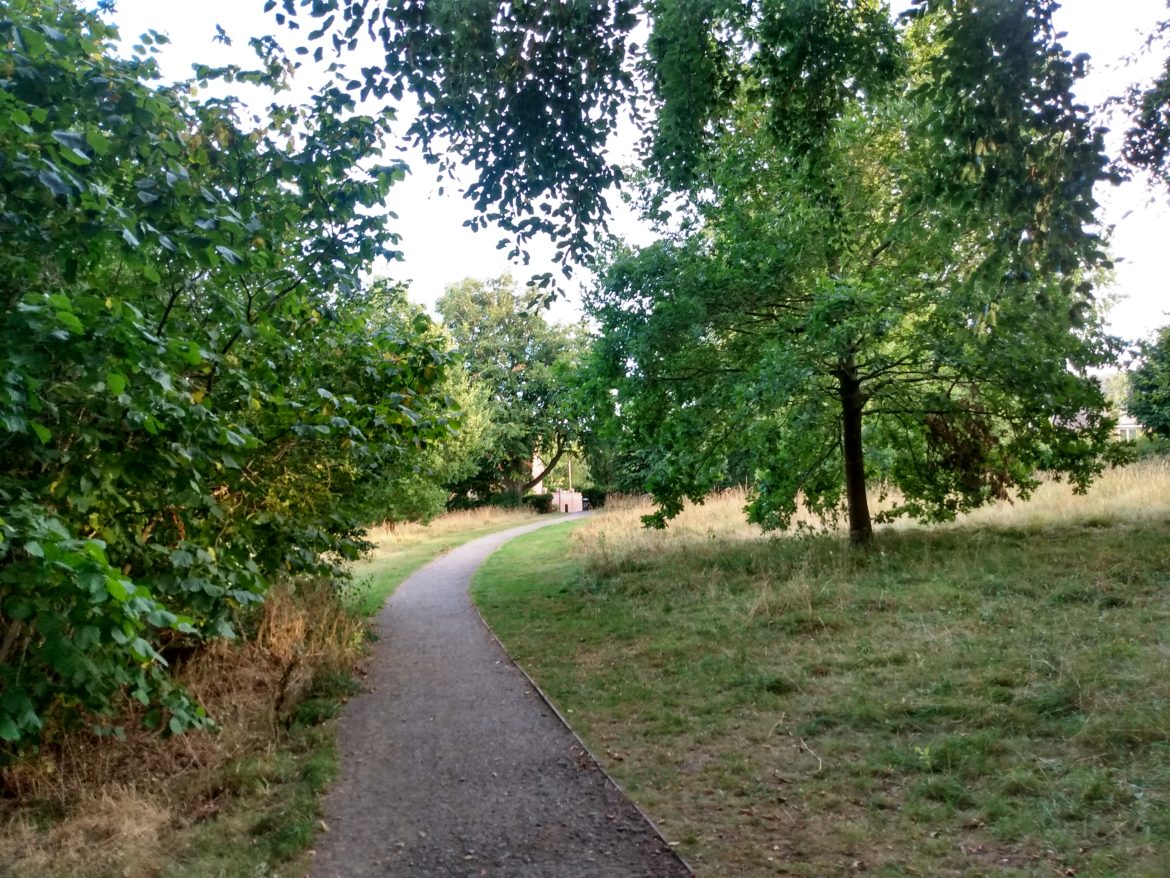 In July 2020 the government published Gear Change, its “bold vision for cycling and walking” with the aim that in the future half of journeys in towns and cities will be cycled or walked. Active Travel England, set up to disburse grants and encourage high standards of design, is currently surveying local authorities to assess their commitment and ability to deliver change. Durham County Council certainly has policies which align with this vision. Its recent Climate Emergency Response Plan 2 recognises that in order to meet emissions targets, by the end of 2023 we must either remove 13,000 fossil fuel cars from the roads, or reduce car mileage by 25%.

At present, though, the council’s record is much less satisfactory. Active Travel England’s questionnaire includes at Section 1, Q3(b)

Over the past five years, approximately what proportion of s106 and s278 contributions have been spent on active travel?

For Durham County Council, this figure is going to be very low. When the housing development at Bent House Lane was approved last year, in outline, the Section 106 agreement includes contributions towards improving an existing footpath, providing two new ones, and the diversion of another. But as two of the footpaths are likely to be for leisure use only, and the diversion involves lengthening the route, little of this counts as spending on active travel. The vast majority of the infrastructure development secured through the planning approval is going on enlarging motor traffic capacity at three junctions in the surrounding area.

We note that in the case in Cornwall, the council planning committee went against the advice of its highways officers and refused the application. That decision was upheld by the inspector at appeal. The Trust appeals to our elected politicians to learn from this example, and to demand better from local developers. We want a city which is ready for for a future which is truly sustainable. No more short-changing our residents!